Inspired by the metaphor of another writer… 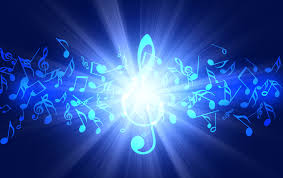 When I first heard the music of God, I was tone deaf.  Later in life, circumstances caused me to listen again.  This time, something in the music caught my ear…I continued listening.  Once I finally gave myself over to it, I was captivated by its beauty, goodness, and truth.  It spoke to the depths of my soul in a way that only music can.  I played it over and over.  I began to study the sheet music and to sing along.  I longed for others to hear it, to sing, too.

After awhile, I became a Pastor so that I might help others hear for the first time or to hear more deeply.

One day, I noticed a note out of place.  It was a small thing, one note in a grand score, but there it was.  Then, I began to hear other wrong notes. And, parts of the arrangement itself seemed somehow off.  I was becoming aware of the very faint echo of a more complete orchestration playing in my soul.

I sought silence in my life to try to hear more clearly what was so faint within.  The occasional mis-played note and the sections of poor arrangement were becoming an irritant in the music I once loved.  How could this be?

I joined with a group of pastors who were studying the Catholic mystics.  The music was set aright; beauty, goodness, and truth returned.  But over time, the music that continued to play within grew louder and more distinct.  The music I was hearing with my pastor friends was still off in some way I did not understand…it did not harmonize with the music within.  What I did know, however, was that I could no longer be content with the music surrounding me, I had to hear the music within.

When I first attended a Christian Orthodox Church, I knew immediately that I was hearing the music I was longing to hear, the music that had once been so faint within me.  I’ve been listening to it for several years now, letting it wash over me and permeate my heart and mind.  Slowly, I am hearing nuances previously unnoticed.  I try to hum along, but my voice seems croaked in comparison to the glory of the music.  I look forward to the day when I might sing along with the voices of the angels and the saints.  I have a long way to go.

It has been said that God is unknowable, but you have to know Him to know that.  This is the fundamental Christian paradox.

To know an unknowable God, to learn to sing along with the fullness of the music of God, to fully partake of the divine nature of the Source of the music…that will take an eternity.

Come and see…and hear the music.

2 thoughts on “The Music of God”